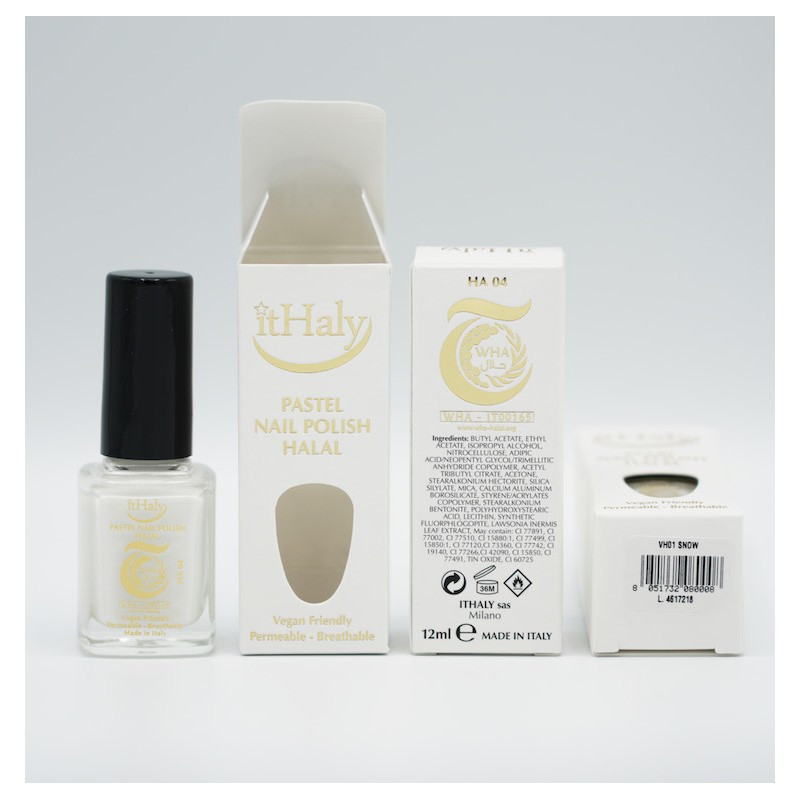 ItHaly nail polish is water permeable and breathable. It has been developed using the latest technology. The polish is free from the 10 most toxic ingredients used in standard nail polish making it one of the safest nail polishes on the market.

The Science behind testing ItHaly's permeability:

In a Diffusion Chamber a nail polish film is placed which separates the top half from the bottom. Oxygen molecules flow into the top half of the chamber. These molecules have been proven by the International Organisation for Standardisation (ISO) to flow through the film to the bottom half of the chamber. Which in turn indicates that oxygen can permeate the film and hence confirms that ItHaly nail polish is breathable and halal.

What is meant by Water Permeable Polish?

Water permeable nail polish is created from an innovative formulae which allows oxygen molecules to transfer from one side of the nail polish layer to the other. This occurrence takes place on a molecular level and is not visible to the naked eye.

So, if oxygen can permeate the film then the smaller sized Hydrogen atoms attached to the oxygen in a water molecule will also be able to penetrate. Therefore enabling water to travel through the film which resembles the nail bed.